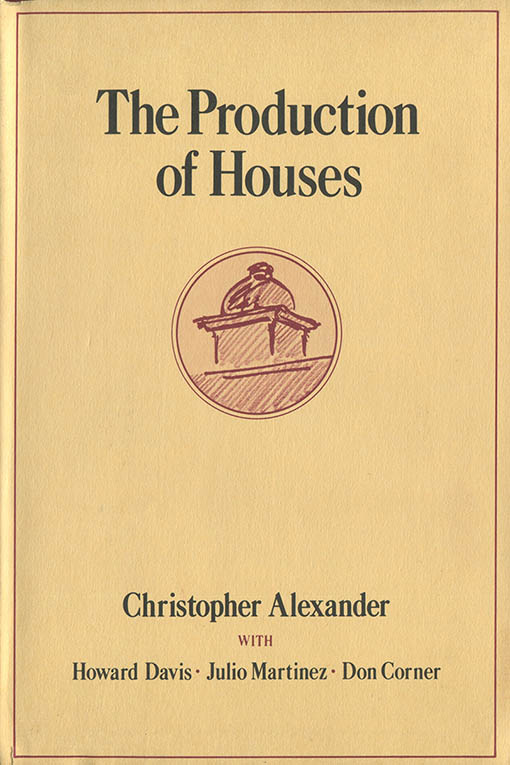 The Production of Houses

Fifth in the Center for Environmental Structure's series on architecture, The Production of Houses puts Alexander's theories to the test and shows what sort of production system can create the kind of environment Alexander has envisioned. The book centers around a group of buildings which Alexander and his associates built in 1976 in northern Mexico. Each house is different and the book explains how each family helped to lay out and construct its own home according to the family's own needs and in the framework of the pattern language. Numerous diagrams and tables as well as a variety of anecdotes make the day-to-day process clear.

The Mexican project, however, is only the starting point for a comprehensive theory of housing production. The Production of Houses describes seven principles which apply to any system of production in any part of the world for housing of any cost in any climate or culture or at any density.

In the last part of the book, "The Shift of Paradigm", Alexander describes, in detail, the devastating nature of the revolution in world view which is contained in his proposal for housing construction and its overall implication for deep-seated cultural change.

“A moving record of what untrained builders can do.—Diana Ketchum, Oakland Tribune”

“If only we could get the public authorities to absorb the lessons that Christopher Alexander and his colleagues provide.—Colin Ward, New Society”