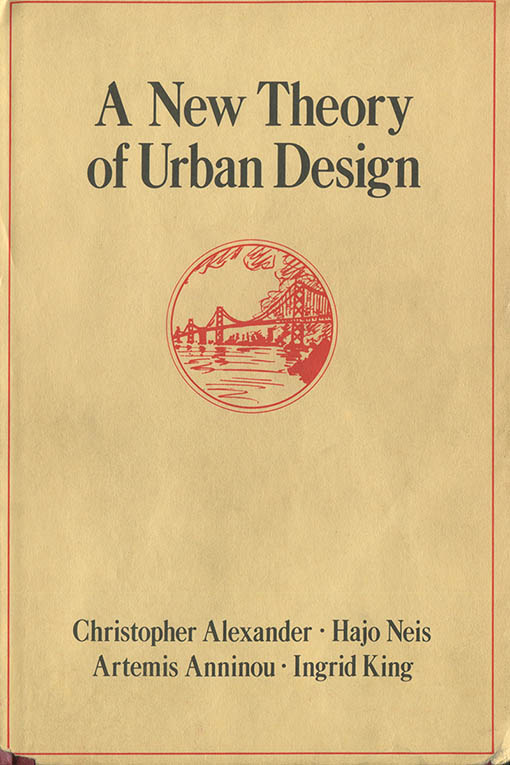 A New Theory of Urban Design

In this volume, the sixth in the seminal series on architecture, Christopher Alexander and his associates present a new theory of urban design which attempts to recapture the process by which cities develop organically. To discover the kinds of laws needed to create a growing whole in a city, the authors propose a preliminary set of seven rules which embody the process at a practical level and which are consistent with the day-to-day demands of urban development.

They then put these rules to the test, setting out with a number of graduate students to simulate the urban redesign of a high-density part of San Francisco, initiating a project that encompassed some ninety different design problems, including warehouses, hotels, fishing piers, a music hall, and a public square. This extensive experiment is documented project by project, with detailed discussion of how each project satisfied the seven rules, accompanied by floor-plans, elevations, street grids, axonometric diagrams and photographs of the scaled-down model which clearly illustrate the discussion.

A New Theory of Urban Design provides an entirely new theoretical framework for the discussion of urban problems, one that goes far to remedy the defects which cities have today.

“It tackles the terrible problem of the inorganic fragmentation of the contemporary city and does so intelligently, in depth and with a wealth of suggestions that stimulate the imagination.—Giancarlo De Carlo, Spazio e Societá”